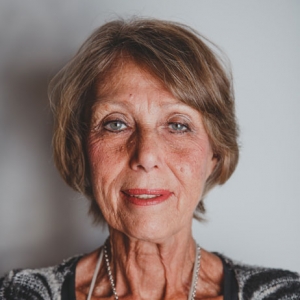 Julia has a myriad of experience over far too many years – engaging with many people, particularly the young from diverse communities. Julia’s background was one of Film and Music in London in the 1980’s. This culminated in Julia working as part of the Team that created, organised and delivered World AID’s Day in 1987…

with such artists as: George Michael, Elton John, Boy George, the Communards, Holly Johnson, and Kim Wilde. Special guests also included: Meat Loaf, Aswad, Bobby Womack, Tom Robinson and many others. From this point Julia realised how the arts could engage with people notwithstanding their race, religion, heritage or gender and when moving to Stoke-on-Trent in 1989 was determined to continue on this path. After bringing her daughters up during the early 90’s Julia has worked in a management and administration capacity at the New Vic Theatre – Borderlines, Planet Sound Community Music Co.

Taking them to Sziget Festival in Budapest in 2009 which was beginning to see the rise of the Far Right before joining Reveal Theatre full time as Managing Director. Reveal Theatre has allowed Julia to create and manage projects that have challenged many issues that impact on our young people using theatre to explore and challenge issues such as racism, extremism, intolerance, stigma’s connected to mental health and how social media can impact on young people.

Julia’s enthusiasm continues to deliver projects not only in Stoke-on-Trent but with Reveal’s arm extending from Blackburn to her home City of London. Julia looks forward to taking Reveal Theatre forward and ensuring the stability of this wonderful theatre Company before she finally bows out and retires – one day!!! 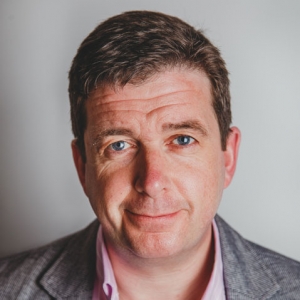 Trained at the Guildhall school of Music and Drama. Professional work includes mainstream Film, Theatre and Radio. For Reveal, specialising in Prevent and extremism since 2007 including creating the documentary play Silent anger from research and interviews with extremists violent and non-violent…

Delivery of Game On throughout education and other agencies. Lead research and narrative development.

Collaborative work with Keele University PGCE. Researched and co-created the slavery documentary play “Am I Not A Man And A Brother celebrating the bicentennial of the Abolition of Slavery? With the Racial Equality Council and African-Caribbean community of Stoke-on-Trent. 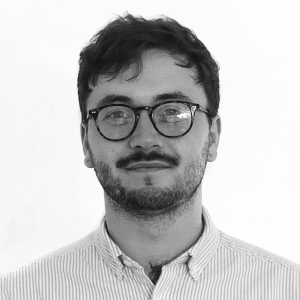 Training in Drama Performance & Theatre Arts (BA) and Drama Education (PGCE) alongside work in industry, Daniel has over a decade of experience. Working for Reveal intermittently since 2015, he has delivered the ‘Game On’ project across a number of schools and communities and is passionate about the role of the arts in exploring a variety of topics…

I have had the pleasure of being a part of the Reveal network since 2015. During this time I have delivered the ‘Game On’ project in myriad environments.

During my time training in theatre I engaged with a number of projects and subjects, including creating, directing and acting in the documentary plays ‘Save Our NHS’ and ‘Hard Times’. These pieces of verbatim theatre engaged with communities across the country to reflect on and raise awareness of serious social and economic issues facing them. I completed my bachelor’s degree in Drama Performance & Theatre Arts at Staffordshire University in 2015.

I also gained a PGCE from Keele University in 2019, working in a wide range of environments including mainstream secondary schools and sixth forms; PRUs and SEMH schools; specialist EAL schools; and SEN departments. This, of course, means I have worked with pupils with extremely diverse needs and varying abilities, and is experience that I utilise whenever and wherever I am delivering the Game On project. 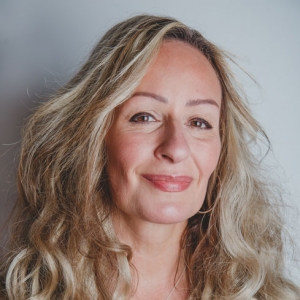 Sarah started her professional career as an actor/musician straight out of college into a theatre company, with many roles under her belt. She continues her work as a musician to this day…

appearing in several bands and having recorded and toured for many years.

Meantime, she has worked on many community projects for organisations including Planet Sound, Creative Partnerships, City Music Service and was artist in residence at Gallery 37 in Birmingham. She has worked with a varied range of groups within the community, including vulnerable young women, NEETS and young offenders.  She completed her teaching degree during her ten years lecturing in Drama & Music at Newcastle Under Lyme College, specialising in working with adults with Learning Difficulties/Disabilities, and worked for eight years as vocal coach & lecturer in Pop Music at Manchester Metropolitan University.

She has worked on the Game On project intermittently since 2011 but has contributed towards the honing of the workshop together with training new practitioners and is looking forward to helping develop new projects for Reveal. 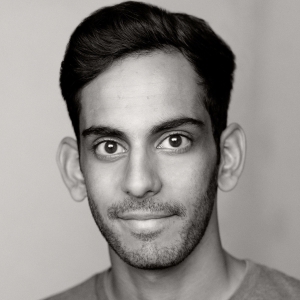 Sid is an actor, writer and facilitator based in London. He grew up abroad and has lived in England since the age of eight. He read History at the University of Bristol. He has a range of credits on stage and screen. He has worked with children and young people in a variety of roles, including as a private tutor, as a volunteer for NCS: The Challenge, and on behalf of British Youth Music Theatre. 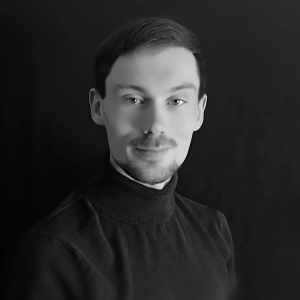 I have been a proud participant of Reveal Theatre’s “Game on” project since January 2020. My studies have consisted of a Higher National Diploma in Performing Art’s and a Bachelor’s Degree with Honours in Drama, Performance and Theatre Art’s at Staffordshire University. Through my studies I have come to develop an understanding of the power of theatre, specifically its ability to facilitate societal change in a tangible and creative manner. I am honoured to be part of the Game On project and to have the chance to collaborate with a team of such diverse specialisms. I look forward to working with Reveal Theatre Company to create a safe space to challenge extremism, engage with communities and participate in creating a more tolerant and equal society. 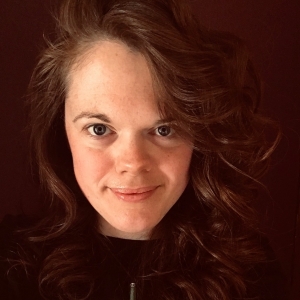 Carly Smith is a support practitioner on our ‘Game On’ project and lead practitioner on our ‘Creature Workshop’ targeted at Primary aged pupils. Carly completed her undergraduate degree in Drama with French at the University of Northampton before moving on to Manchester Metropolitan University to complete her PGCE in Secondary Drama.

Carly has worked in a range of educational settings since 2011 and is an experienced practitioner across all Key Stages.

In her role as an A-Level and GCSE Drama teacher, Carly has developed a passion for devising theatre and how it can give a voice to the voiceless. Therefore, she is particularly interested in thought-provoking stimuli such the recent #MeToo movement, the role of women in the Second World War, and the darker side of fairytales drawing parallels with politics throughout history.

Carly is excited about the opportunity to work with Reveal and using her skills to help develop and execute other projects for the company. She feels that her experience in executing Process Drama projects will help to encourage students to engage with the workshops and reflect in a productive and helpful way. 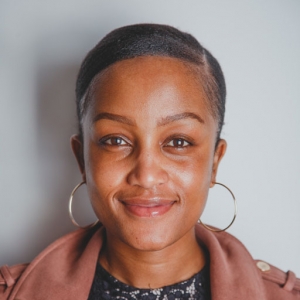 I have worked with children in care for lengthy amount of time and my experience in this type of work has enabled me to effectively work with children and young people from various backgrounds. Encouraging the young people I work with to make positive life choices is something I’m very passionate about. This is why I’m extremely proud to be a part of the Reveal Theatre Company team delivering the ‘Game On’ project, engaging with young people to keep them safe from racism and extremism and contributing to positive change within our society. 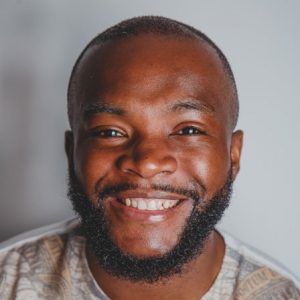 My name is Bernardo and I come from a sporting background. I am passionate about working with young people with the aim of encouraging them to make positive life choices. I love working on Reveal’s “Game On” project to ensure young people stay safe from extremism.

We work with many schools, colleges and community groups across the Midlands and North West of England.

This site uses cookies. By continuing to browse the site, you are agreeing to our use of cookies.

We may request cookies to be set on your device. We use cookies to let us know when you visit our websites, how you interact with us, to enrich your user experience, and to customize your relationship with our website.

Click on the different category headings to find out more. You can also change some of your preferences. Note that blocking some types of cookies may impact your experience on our websites and the services we are able to offer.

These cookies are strictly necessary to provide you with services available through our website and to use some of its features.

Because these cookies are strictly necessary to deliver the website, refuseing them will have impact how our site functions. You always can block or delete cookies by changing your browser settings and force blocking all cookies on this website. But this will always prompt you to accept/refuse cookies when revisiting our site.

We fully respect if you want to refuse cookies but to avoid asking you again and again kindly allow us to store a cookie for that. You are free to opt out any time or opt in for other cookies to get a better experience. If you refuse cookies we will remove all set cookies in our domain.

We provide you with a list of stored cookies on your computer in our domain so you can check what we stored. Due to security reasons we are not able to show or modify cookies from other domains. You can check these in your browser security settings.

These cookies collect information that is used either in aggregate form to help us understand how our website is being used or how effective our marketing campaigns are, or to help us customize our website and application for you in order to enhance your experience.

If you do not want that we track your visit to our site you can disable tracking in your browser here:

We also use different external services like Google Webfonts, Google Maps, and external Video providers. Since these providers may collect personal data like your IP address we allow you to block them here. Please be aware that this might heavily reduce the functionality and appearance of our site. Changes will take effect once you reload the page.

The following cookies are also needed - You can choose if you want to allow them: